How To Determine Crane Load Capacity

A heat pump repair guide for you

How To Fix A Leaky Roof

5 Questions To Ask Your Sleep Specialist

You are here: Home » Health & Fitness » How many types of sleep disorders? How can we avoid it?

Did you know that about 40% of adult population and 35% of kids suffer from one or more kinds of sleeping disorders? Not only to sleep issues like apnea, insomnia, excessive snoring, sleepwalking etc take a major toll on health but they also slow down the metabolism by preventing the body from claiming its share of rest. Here are some top 5 sleep disorders and their cure.

Insomnia is a condition where a person is unable to sleep for more than 3-4 hours in an uninterrupted way. Bad dreams, breathing disorders and nervous sweat along with other psychological problems form a major part of this disorder along with bad lifestyle habits.

There are multiple approaches to curing insomnia where the source of the problem is identified first. Lifestyle interventions, behavioral therapies and psychological treatment are some of the most popular cures. Avoiding caffeine, alcohol and stimulants around bedtime is recommended.

Sleep apnea is a problem which walks hand in hand with obesity. This happens when the airways become partially or completely obstructed during the night. The individual then starts snoring extremely loudly followed by an abrupt snort and a sudden wakening. Most individuals who suffer from this condition are not even aware of this issue and their only memory is the severe fatigue which affects them during the day.

Doctors recommend losing weight as a cure along with CPAP (Constant positive air pressure) as a cure. There is a small CPAP device attached to the nose which sends airwaves throughout the nose constantly so that the individual can enjoy uninterrupted sleep.

On an average 30% of the senior citizen population suffers from PLMS. The typical characteristics of this condition are abrupt knee jerks, tossing, turning and limb movements. Obviously this leads o awakenings and like apnea, patients are unaware of their nighttime movements.

The medication which is used for treating PLMS is roughly the same as used in Parkinson’s disease. Sleeping pills in moderate supervised doses are also recommended as a cure.

Parasomnia mainly affects children and is closely connected to the fear psychosis. Two common manifestations are sleeping walking and night time terror. This condition forces kids to avoid sleep and plays a major toll on their health.

Seeing a sleep doctor  is the major curative process for this condition. Patients are to be kept away from stress.

Tags: health disorder, Insomnia and how to cure it, OBSTRUCTIVE SLEEP Apnea, parasomnia, sleep disorder in men and children, types of sleep disorder

5 Questions To Ask Your Sleep Specialist

When should you go to a knee doctor?

Tips to fall asleep as fast as possible 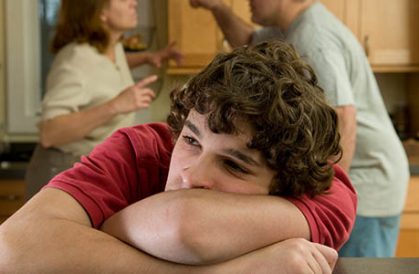 One of the most…

Stay up - to date with the latest news and other stuffs, Sign Up today!